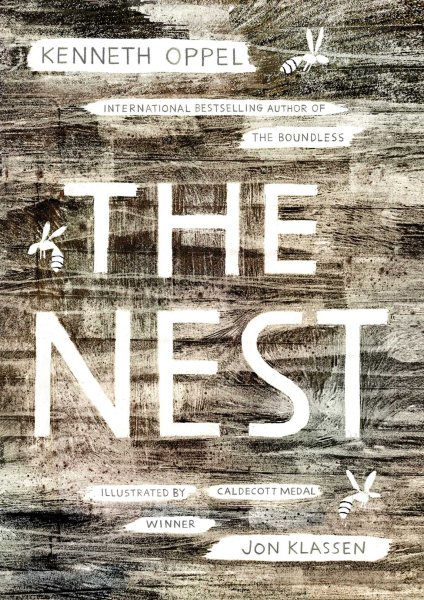 This tale is told from the perspective of Steven, a tween with OCD. His anxiety acts up again after the birth of his brother Theo, who his parents worry may have mental or other disabilities. I was immediately hooked by the creepy details which sounded like the makings for an episode of Doctor Who. Steven’s recurring nightmare is of a figure standing at the end of his bed tearing his blankets off. And when he gets stung by a pale wasp, he has new dreams of bright "angels" talking to him about his brother. His concerned parents send him to speak to his therapist. The eerie thing is that parts of Steven’s fantasy are seen by others: the man who comes around to sharpen knives, his sister’s Twilight Zone-esque toy telephone which receives calls from Mr. Nobody, and the army of pale wasps building a nest outside his brother’s window. Yet it is Steven, and no-one else, who can prevent Theo from being replaced by the new, perfect baby the wasps are making!

The author’s engaging, matter-of-fact writing style makes the book a fast read. Steven’s experiences compel readers to examine their own ideas of what is normal. What right do we have to correct so-called defects? Are imperfections what make people who they are?