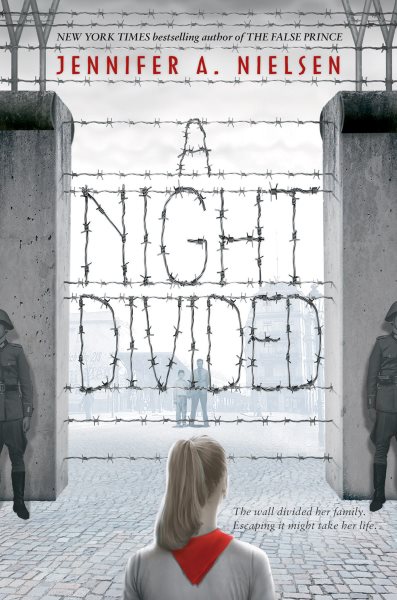 Staff Review: "A Night Divided" by Jennifer A. Nielsen

Overnight, twelve-year-old Gerta’s world changed and her family was divided, forever it seemed. She woke up one August Sunday morning to a barbed-wire wall dividing East and West Berlin. Just a few days earlier, her father, a member of the Resistance movement, and brother Dominic became trapped on the other side of the wall after traveling to West Berlin a few days earlier to scout out potential employers and places to live. Desperately missing her father and brother, Gerta often looks longingly at the wall, even though it’s forbidden, hoping to see them. When she spots her father and he’s making strange gestures that look like digging, she and her other brother courageously decide to risk imprisonment and death in an attempt to tunnel under the wall to freedom and join the rest of their family. This well-written historical novel for tweens realistically portrays the plight of many families during this turbulent period in history.