No One Else Can Have You 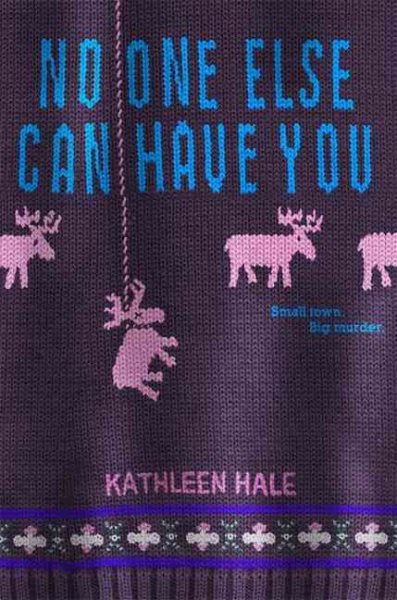 Staff Review: "No One Else Can Have You" by Kathleen Hale

Seventeen-year-old Kippy Bushman is reeling from the murder of her best friend Ruth, not to mention the revelations in Ruth’s diary. Ruth’s boyfriend—Colt Widdacombe—seems like the perfect suspect—he has a history of violent behavior and a sense of entitlement that might lead him to believe he could get away with it. However, Kippy is convinced that the sheriff of her small town (Friendship, WI) arrested the wrong person. It seems the sheriff would rather the town feel safe with Colt in jail rather than follow the evidence. With Ruth’s older brother Davey as her only ally, Ruth doggedly investigates the murder, uneasy with the realization that the murderer could be anyone. Hale neatly captures the fear that a murder—particularly the brutal murder of a teen girl—would generate in a small town and expertly mines the dark subject matter. At the same time, the book has a healthy sense of humor, and no one is shielded from Kippy’s keen eye. There are elements of a murder mystery, teen drama and satire, which proves to be an entertaining combination. As a native of Wisconsin who grew up in a small town, the small town elements of the story rang true. Fans of teen sleuth Veronica Mars and the movie Fargo and likely to enjoy this book.