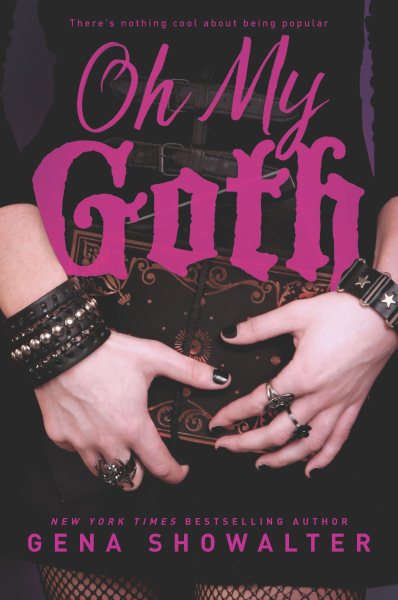 Ever since Jade Leighton's mother died in a car crash, she's been working hard on shutting down and blocking people out, convinced that making connections with people would only cause her more pain.  Feeling like an outside, Jade dresses as a goth, with plenty of black, and has made "friends" with other outsider goth students at her school. Besides being the constant target of negative attention from both teachers and students, Jade's enemy is Mercedes, head queen bee and the leader of the popular kids.

When a new guy moves to town, a boy with a tendency to use his fists to finish arguments, both Jade and Mercedes are entranced.  When new boy, Clarik, takes Jade to Mercedes party, all things go awry. Mercedes sets up Jade by sharing her junior high diary with everyone. Jade escapes but runs into Mercedes outside. Mercedes has kicked her on-again, off-again boyfriend to the curb, and he decides that hitting Mercedes with a car is the way to get her back. Jade manages to push Mercedes out of the way, but konks her head on a stone in the garden.

When Jade wakes up, the world has changed. Drastically. The goth look is now in and Jade is as popular as Mercedes once was. Mercedes with her pastel sundresses is now out.

While on the one hand, there is certainly the temptation to call a book like this fluffy reading, the author allows her characters to grow and learn from their mistakes.  Using Jade's mother as a dream messenger helps propel the story forward.  There is a good dollop of teen love, friendship angst and school dismay, but those things don't overshadow the message that Jade's mother is trying to convey to her daughter:  Don't push people away. Open yourself up to the happiness that life has. Jade has had her fair share of pain from losing a loved one and refuses to believe that caring about anyone could be a good thing. Her guardedness causes her to come across as a self centered bully. Once she realizes that, things change for the better.