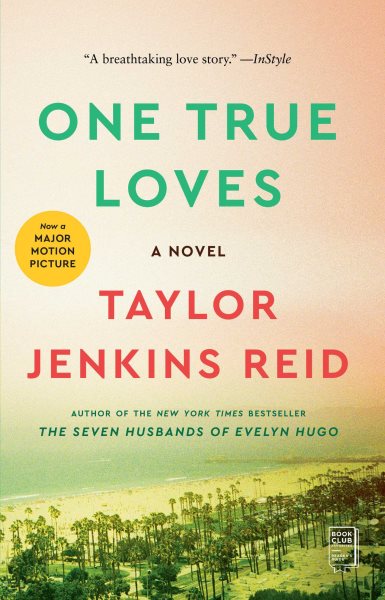 Emma Blair never wanted to take over her parents' bookshop on the East Coast. Emma dreams of traveling, writing, and exploring the world with her high school sweetheart, Jesse. That is exactly what the pair do, until tragedy strikes on their first anniversary. Jesse's work helicopter crashes in the Pacific Ocean. With all of the crew dead and no sign of Jesse, Emma has to pick herself up and put herself together after the loss of her one true love. Emma moves back to Massachusetts where she grieves her loss and learns how to live without Jesse. She realizes how important her family is, how life in Massachusetts isn't as bad as she once thought, and she even finds a passion in her parents' bookshop. She runs into Sam, a high school friend and ex-bookshop worker, and the two hit it off. Emma learns that she has changed after the loss of Jesse and is ready to move on with Sam. After Emma and Sam are engaged, Emma gets a phone call that Jesse has been found alive. Her husband is alive, but what about her new love? Emma needs to make a choice between two true loves, and ultimately learns who she is and what she wants. Recommended for fans of chick lit, romance, or anyone looking for a good beach read.