Over The Hills And Far Away: The Life of Beatrix Potter 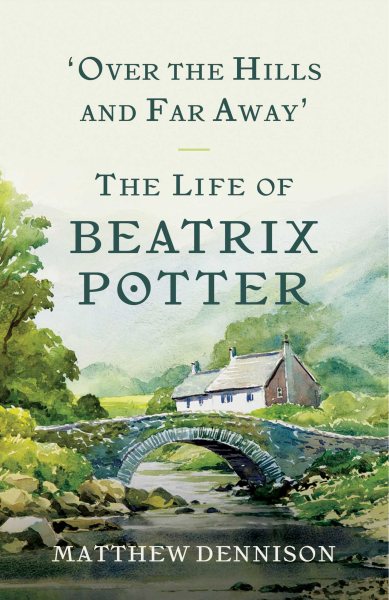 Staff Review: "Over The Hills And Far Away: The Life of Beatrix Potter" by Matthew Dennison

Famous for her many ‘little books’ such as Peter Rabbit and Benjamin Bunny, Beatrix Potter’s life has been extensively documented. For those who don’t know where to begin I recommend this short biography. Each chapter smoothly moves through the stages in Potter’s life with frequent direct quotations from her own journals, which she kept meticulously. Dennison also parallels the characters and instances in Potter’s stories with her own life. We learn about her childhood zoo of pet animals, including reptiles and bats, and her obsession with the various species of fungi she would draw with exact detail—the love of detail which carries over into her illustrations for the little books.

At a time when young women were expected to marry, Potter’s over-protective (or perhaps slightly selfish) parents sought to keep her home as much as possible to assist with the running of the household. The children’s stories which began as letters to young friends developed into a way for her to assert her independence and earn an income of her own from which she later bought a farm in the Lake District. This biography goes wonderfully well with The Art of Beatrix Potter:Sketches, Paintings, and Illustrations by Emily Zach, recently published by Chronicle Books.