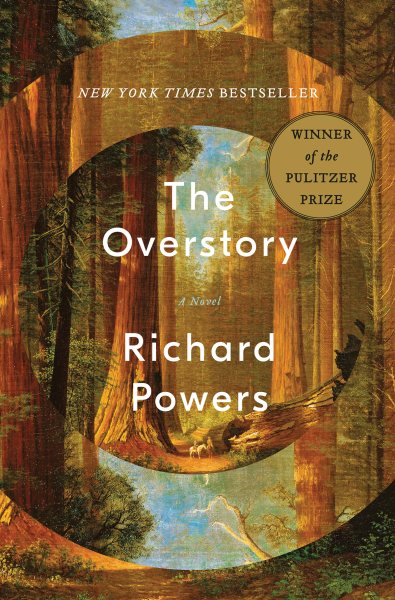 "First there was nothing. Then there was everything." So begins National Book Award-winner Richard Powers' new novel about nine interlocking characters who, in their own ways - and in ways that overlap - find themselves face to face with the natural world. Or, face to leaf, face to crown, face to root...

Each character is introduced in the first third of the book, before various storylines are set in motion involving them all, which helps the reader become vested in the characters. But Powers' remarkable ability to turn a phrase kept me engaged throughout the book. Powers could write about nine different tables, rather than the trees and forests from which they came, and still hold interest. Though it is a fiction book, it's obvious Powers did his research because the trees - their crowns and canopy above, their interlocking and interdependent roots below - are their own characters in the novel, and the botany and dendrology, and the biology of entire ecosystems, was a really nice surprise.

Powers sheds light not only on the natural world, but shines a light through his characters on the impact that we humans have on our environment, and trees in particular. There's wonder in the woods, and Powers inspires wonder with his writing.