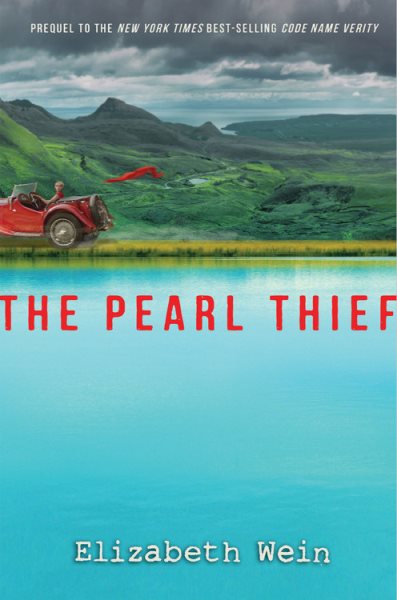 Fans of Code Name Verity will appreciate the opportunity to get to know the nearly sixteen-year-old Julia Beaufort-Stuart as she is enmeshed in a mystery at the estate of her late grandfather, the Earl of Strathfearn, in 1938. She’s not looking forward to saying good-bye to the Scottish estate, which has been sold to pay off family debt, but she’s happy to have a final, if bittersweet summer there. She arrives a few days earlier than expected (sans luggage) and finding no one at home, she bathes, dons old-castoffs (including an old kilt), and finds her way to the river. There she drifts off to sleep until she is knocked unconscious and wakes up three days later. The identity of her assailant is unknown, the man hired to catalog her grandfather’s belongings disappeared the same day as her mysterious assault, and Julie is certain that a collection of her grandfather’s river pearls has gone missing. Further complicating matters are prejudices against the Scottish Travellers who are camping in the area. A Traveller (Euan McEwen) found Julie, and his family cared for her before taking her to the infirmary. Julie befriends Euan and his sister, Ellen (though Ellen is more than a bit prickly), learns of the long history shared between their families, and witnesses the discrimination they face. Julie fears that if the true perpetrator(s) are not found, the Travellers may be blamed. This is a very different book than Code Name Verity, but it is excellent in its own right. Glimpses of “future Julie” are provided as she employs different dialects and variations of herself in order to navigate the barriers created by class and societal expectations, but the book stands on its own. The characters are artfully constructed and their interactions are engaging. No detail is unwarranted, whether it helps to establish the setting, develop a character, or further the plot. Unlike Wein’s previous books, aviation does not factor into the story, but she has done her characteristic historical research that informs this page-turner. It’s a must-read for fans of Code Name Verity, but readers who enjoy historical fiction and/or mysteries with a strong central female character are likely to enjoy this book too.