The Port Chicago 50: Disaster, Mutiny, and the Fight for Civil Rights 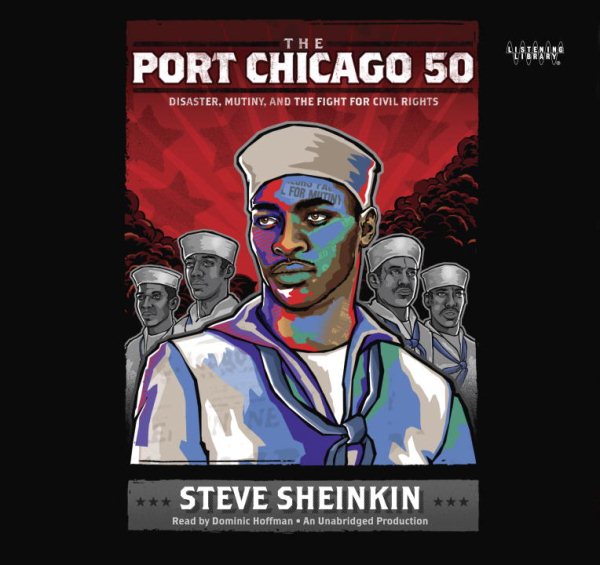 Staff Review: "The Port Chicago 50: Disaster, Mutiny, and the Fight for Civil Rights" by Steve Sheinkin

The Port Chicago 50 tells the true story of 50 black sailors who were tried for mutiny late in World War II. Port Chicago was a Navy base near San Francisco, CA, and, like other military bases in the U.S. at the time, was segregated. At Port Chicago, black sailors—who could not serve on naval vessels outside of the mess hall or laundry—loaded munitions into ships despite never having been trained to handle explosives. After an explosion killed 320 servicemen and injured hundreds, the surviving sailors were transferred to another port where they were expected to load munitions once again. More than 200 refused to load the ships until the conditions that led to the explosion were addressed. Fifty men refused to back down when threatened with charges of mutiny and possible death by firing squad. Their decision to take a stand against the segregationist policies of the U.S. military and the racial prejudices that defined their experiences as sailors was an early chapter in the civil rights movement that is often overlooked. This work of narrative non-fiction is intended for teens, but will be of interest to adults and is proof that books about history do not have to be boring. The combination of military history, personal accounts of the sailors, and courtroom drama create a compelling real-life story of courage, honor, and sacrifice. It’s a must-read for those interested in the military, World War II, and civil rights.