Recipe for a Perfect Wife 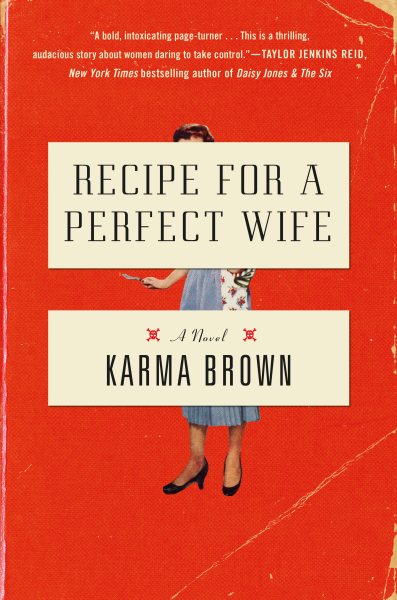 Staff Review: "Recipe for a Perfect Wife" by Karma Brown

Leaving Manhattan was never part of Alice Hale's life plan. Yet she finds herself, on the verge of 30, moving to the sleepy suburbs with her husband, Nate. Recently fired from her public relations job (though Nate thinks she left on her own accord), Alice plans to keep busy by writing her first novel, making renovations to the outdated property and tending to its many flower gardens. Nate’s priority, however, is starting a family, a topic that he brings up with Alice frequently.

Deep in the recesses of the house, Alice finds a stack of magazines from the 1950s, as well as letters written by its previous owner, Nellie. Nellie writes about being a housewife in the '50s and the pressures that come with having to maintain the perfect image of wife, hostess, and homemaker while also managing the temperamental (and sometimes violent) moods of her husband, Richard. Alice soon realizes that she and Nellie's lives aren't all that different, despite the fact that they are generations apart.

The book alternates between Alice's life in 2018 and Nellie's life in 1957, which I enjoyed. This back-and-forth technique helps the reader draw parallels between the two women's lives and also adds some suspense as to what will happen next for each of them. One drawback was that I found most of the characters to be unlikable, save for Nellie, who seemed trapped by the circumstances of the era in which she was living. The story also featured a twist (of sorts) near the end that I predicted early on, which took some of the fun out of the story.

Recipe for a Perfect Wife is an interesting blend of contemporary and historical fiction. It was also a quick read, which is always a plus. While I didn’t love it, I still found it mildly entertaining.