Scourge: The Once and Future Threat of Smallpox 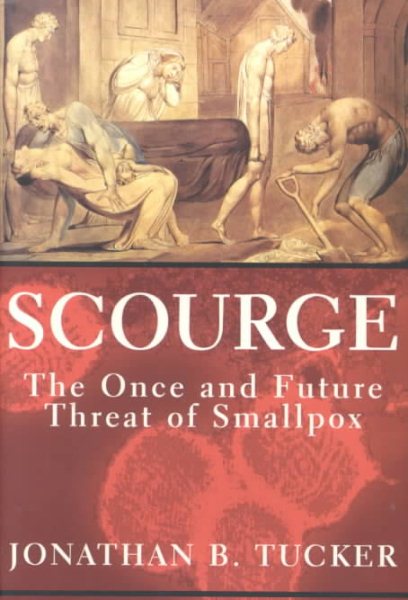 Staff Review: "Scourge: The Once and Future Threat of Smallpox" by Jonathan B. Tucker

Jonathan Tucker narrates a spell-binding story in amazing factual detail of smallpox. This deadly disease was heroically eradicated from our planet, along with its hideous, painful, disfiguring and often fatal characteristics.  Many elderly citizens around the world bear the scar from smallpox vaccination, a practice now discontinued for the general population. The surprising history of how this came about was enlightening (Russia, not the US was the driving force behind it), and Tucker doesn't stop there. In its day, smallpox was the great scourge of the entire world, causing death, destruction and the ruin of entire civilizations. It was used as a biological weapon before the term was even invented. However, the most frightening part of this book happens after the world eradication of this disease, in the consideration of smallpox as a means of intentional mass destruction. Known and clandestine stocks of living virus still exist and continue to trigger urgent debates regarding their future.  Your view of Variola Virus will never be the same after reading this excellent book.