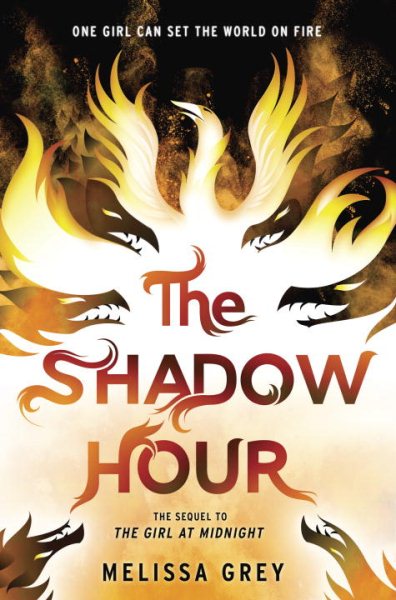 This follow up to "The Girl at Midnight" did not disappoint! Echo and her diverse crew may have survived their quest to discover the firebird, but the promised peace is a distant promise at best. Hidden away in a London safe house, they’ve escaped the detection of the two warring races (the Avicen and Drakharin) who covet the firebird and consider them traitors. They cannot stay concealed indefinitely, and Echo’s unease regarding a possible connection between the release of the firebird and mysterious volcanic activity half a world away is increasingly difficult to suppress. The firebird was believed to be a force to bring peace, but what if it unleashes destruction instead? "The Shadow Hour" does not miss a beat as it provides a new formidable adversary. There’s the reigning Dragon Prince spoiling for a fight also. The story diverges more regularly from Echo’s point-of-view, but the staunchly loyal, ever-snarky, and increasingly conflicted Echo remains at the story’s center. There’s interesting character combinations, particularly as Avicen characters (re-)enter the mix, and the supporting characters gain additional depth as relationships get more complicated. There’s action, heart-stopping emotion, and more than a bit of magic, and I think you’ll enjoy the journey. (This is the second book in a planned trilogy, so be sure to read "The Girl at Midnight" first if you haven’t already.) I listened to the audiobook, which I highly recommend. Fans of books by Holly Black and Laini Taylor, as well as the Buffy the Vampire Slayer series, are likely to enjoy this book.