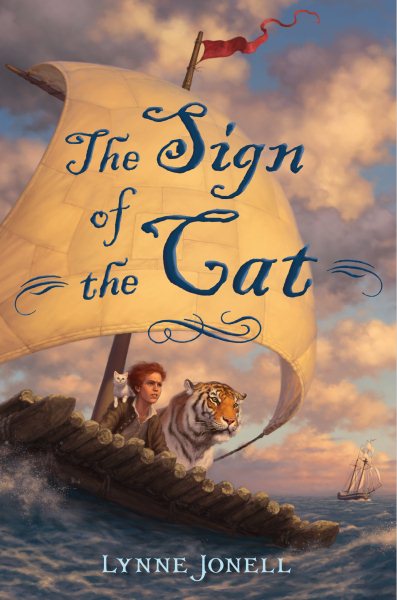 Staff Review: "The Sign of the Cat" by Lynne Jonell

Duncan McKay lives with his mother on the island of Arvidia and knows how to speak and understand the language of cats. His fearful mother is full of secrets, including information about his deceased father and mysteriously does not want him to excel at anything. In addition to Duncan’s questions about his identity, kittens on the island are disappearing, the king is seriously ill, and the successor to the throne, princess Lydia, is missing which means the evil earl could become king.  Drugged and tricked, Duncan finds himself on a dangerous sea voyage uncovering facts about himself, his father, the missing kittens, and the plight of his island home. This rousing, thoroughly enjoyable, adventurous romp, told in wonderful prose, will have older tweens, cat lovers, and others wishing this book had many more chapters.