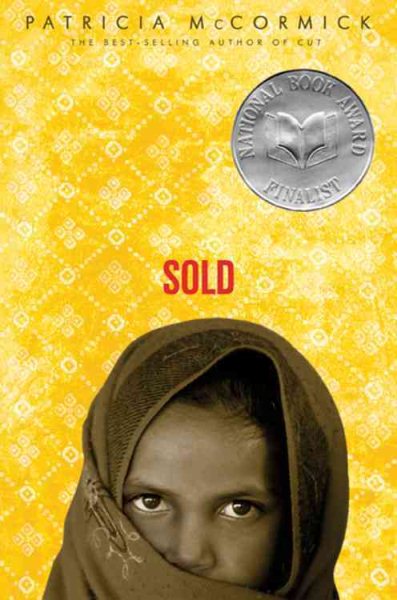 Even though this book addresses a topic that is hard to read about, "Sold" is one of the best books I have read in awhile. The prose was beautifully told in verse, making it a quick read. A story about human trafficking is one I have never heard before, but one that needs to be told. Lakshmi is sold into human trafficking by her debt-ridden stepfather. Not knowing that she has been sold, Lakshmi is naively transported from her village in Nepal to a brothel in India where she is repeatedly used by men and tormented by the brothel's madam. We ride Lakshmi's emotional roller coaster, which has stops at anger, sadness, and finally, nothing. Lakshmi follows her mother's advice in this man's world: to endure is to triumph. If she can endure the pain, humiliation, and hurt of the brothel, she will survive, but at what cost? With human trafficking being a large problem and issue in the world today, Lakshmi's journey was magnificently told and should be read by all teens and adults.