The Song From Somewhere Else 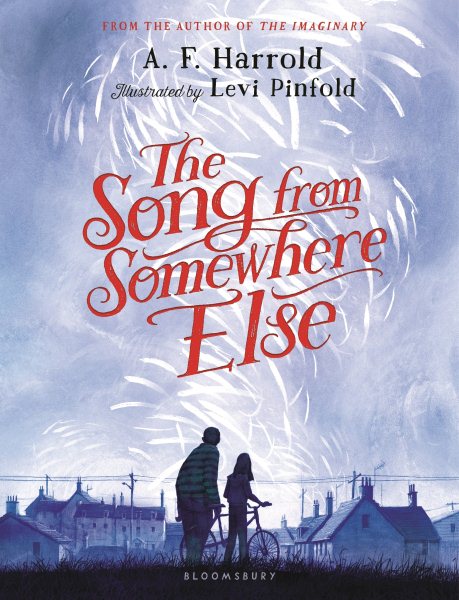 Staff Review: "The Song From Somewhere Else" by A.F. Harrold

If it hadn’t been for the disappearance of Quintilius Minimus, her cat, Francesca’s (Frank’s) unlikely friendship with Nick Underbridge, the unusually tall, awkward, different, smelly boy from school, would probably have never happened. And if the other boys from her school weren't taunting and bullying her while she was at the playground posting posters about her lost cat, she would have probably never seen how incredibly kind and trustworthy Nick is. On a visit to Nick's house, she is addictively drawn to incredibly beautiful, hypnotic music, seemingly coming from his basement. Frank follows it, witnesses surreal things that put her at peace, and then lies to Nick about the experience. Soon after leaving Nick's house she feels guilty and returns to talk to him, unwittingly exposing his family to discovery and danger. With touches of other-worldliness, this unique, beautifully written tween book easily captured me and held me under its mystical spell long after I read the last page. Realistically drawn black-and-white illustrations by Levi Pinfold add greatly to this story. I absolutely loved it.