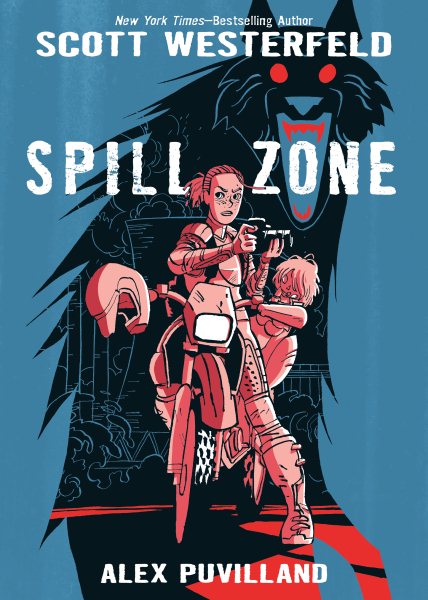 In the early 70’s the Soviet science fiction authors, Arkady and Boris Sturgatsky, wrote ”Roadside Picnic” about the changes in the environment in places around the world after what is assumed to be an alien visitation. They wrote about a changed world, where artifacts from these locations displayed unusual and bizarre properties and effects, and the ways that people interacted with this change. In his graphic novel, “Spill Zone,” Scott Westerfeld pays homage to this classic of Soviet science fiction.

“Spill Zone” depicts a radically changed Poughkeepsie, New York. One night three years ago, a mysterious “spill” happened that changed Poughkeepsie from a charming upstate town and home to Vassar College into a nightmare landscape of deformed animals, possessed humans known as meat puppets and flaming wolves. Poughkeepsie was the hometown of Addison and her family. On the night of the spill, her parents were at the hospital, her sister was at home and she was drinking in New Palz.  After the spill, her parents have disappeared and her sister Alexa won’t talk. Now Addison makes her living sneaking into the Spill Zone at night, taking photos of the destroyed city and selling them.  One of her buyers offers her a million dollars to sneak in, steal something from the hospital and bring it out.

The whole package of story, characters and illustrations is wonderful.  The characters are interesting, especially Vespertine, Alexa’s doll, who reminded me of Serena Valentino’s haunted doll Annabelle from her graphic novels “Nightmares and Fairy Tales,” both in looks and in her mysterious aura.  Addison is equally well portrayed as a survivor who is trying to hold her family together in face of this mystery.  The artwork is full of bold colors and lines.  The only downside to this great graphic novel was the fact that it’s the first in a series and ends with a cliffhanger.