The Stars Beneath Our Feet 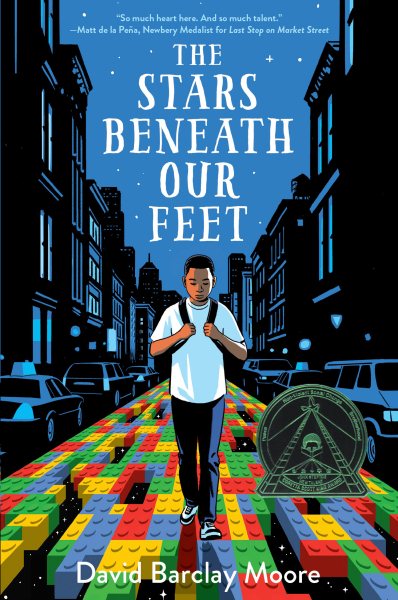 Staff Review: "The Stars Beneath Our Feet" by David Barclay Moore

Building epic cities with large garbage bags full of LEGO blocks is how twelve-year-old Lolly channels his anger and his voice since the death of his older brother Jermaine, the only real person he could talk to. When his buildings outgrow his mother’s apartment (and her patience) he spends time hiding in a storage closet at the St. Nick community center where Mr. Ali tries to get him to talk about his anger and his brother. He still can't talk about it but begins building in the closet, resenting it when without asking Mr. Ali lets “Big Rose” share the closet and build. Outside his LEGO world, on the streets of Harlem, danger is all around. He is followed and harassed by older kids threatening and pressuring him to join their “crew” like his brother did. Is revenge the answer? Choices, courage, and the decision to create a better life are at the heart of this triumphant novel for tweens. It captivated me from beginning to end.