The Summer Before the War 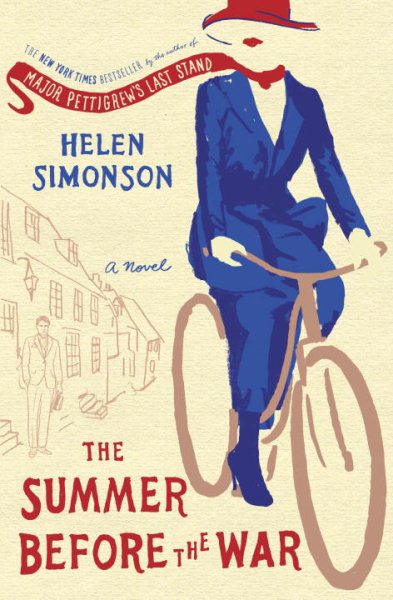 Staff Review: "The Summer Before the War" by Helen Simonson

Beatrice Nash arrives in East Sussex late in the summer of 1914 as the newly hired Latin teacher for the school at Rye and the first woman appointed to the post. Lady Agatha advocated for the hiring of Beatrice, and she is prepared to do all in her power to ensure that Beatrice is a success. This may be a bit of a challenge since Beatrice does not fit the typical “spinster” mold—she is more attractive than anticipated and not afraid to share her well-informed thoughts. At the age of 23, she is determined never to marry since she values her independence and her intellect and suspects that husbands are unlikely to value the latter. However, rumors abound, including those that she has ensnared the affections of Lady Agatha’s two nephews—Hugh, a surgical student, and Daniel, an aspiring poet—who are staying with their aunt for the summer. Of greater concern is the prospect of a looming war in Europe, which threatens to bring the beautiful summer to an end and destabilize the existing social order. I enjoyed this book, which opens a comedy of manners as it lobs well-aimed jabs at the snobbery and biases associated with gender and class in early 20th century England before transitioning into a story of war both in the trenches and on the home front. Beatrice is an engaging central protagonist who must face numerous challenges, which are only occasionally of her making, and generally does so with wit and aplomb. Though none of the central characters are members of a “great” family like the Crawleys of "Downton Abbey", "The Summer Before the War" will appeal to fans of the show. (There are references to footmen, lady’s maids, the dressing gong, and new-fangled telephones.) It will also appeal to fans of Simonson’s first book (Major Pettigrew’s Last Stand) and "The Guernsey Literary and Potato Peel Society". I listened to the audiobook, and the narrator is excellent.