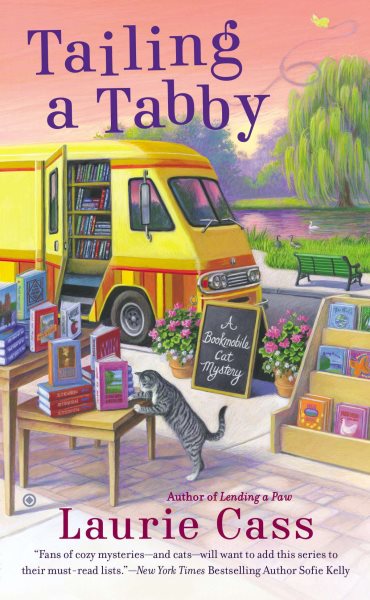 In the second installment of the Bookmobile Cat series, we again meet librarian Minnie Hamilton and her lovable cat Eddie. On one of their bookmobile runs across the Michigan countryside, they are flagged down by a woman whose husband is having a stroke. When the man is accused of murder days later, Minnie can't help but delve into investigation mode with Eddie by her side. Another cute and cozy mystery that makes me want the next book in the series, Borrowed Crime, to be released sooner than March 2015!