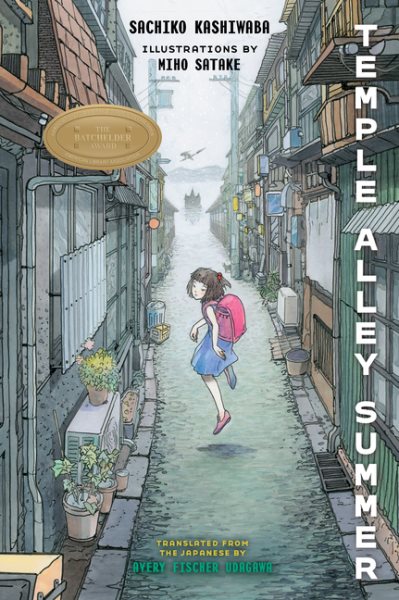 Kazuhiro Sada lives at the site of an ancient temple. A long time ago, a small Buddha statue was shared among the houses on his street. People prayed to the statue to bring back those who had died, and their loved ones would return, but in a different family. Now Kazu believes it has happened again. As the only witness of Saori Andō’s return to life in the early morning hours, he is the only one in his community with no memory of Akari—Saori’s present identity. Everyone else believes that she has always lived in their town with her mother. When Kazu finds out about this, he sympathizes with Akari and wants to protect her in whatever way he can. In her former life, Akari was in the hospital with health problems.

Though she doesn’t remember the specifics of her former life, she knows that she wants to use her second chance to become a doctor. More immediately, she wants to track down a story she read in her previous life. Imagine how powerful that story must be for Akari to come back to life in order to finish reading it! And the story, which readers of Temple Alley Summer also get to read, is truly a fantastical tale in the style of a fairy tale.

I’d recommend this intriguing book translated from the Japanese to readers of The Brothers Lionheart by Astrid Lindgren and The Lightning Queen by Laura Resau.