There's Someone Inside Your House 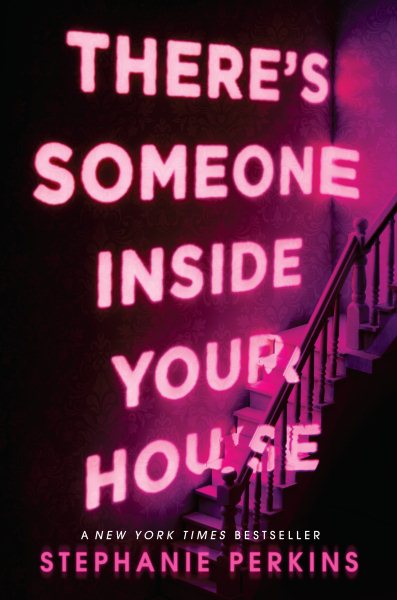 Staff Review: "There's Someone Inside Your House" by Stephanie Perkins

Makani Young is still getting used to her new school and her new life in rural Nebraska when a sudden string of grotesque slayings rocks the community. Some of the most well-liked and talented students at the high school are turning up murdered in incredibly bloody and gruesome displays - including the lead in the fall musical and the star of the football team. The rumor mill quickly goes into overdrive as students start to suspect one another is the culprit, including Makani's crush, Ollie, who has a troubled past. Makani's friends Darby and Alex caution her against spending time with Ollie, but their mutual attraction soon proves too much to deny.

Now living with her grandmother after moving from Hawaii under tumultuous circumstances, Makani fears the secrets of her past will come between herself and Ollie as they begin to grow closer. When the killer turns their sights on Makani and Ollie, however, the pair learns they have much bigger things to worry about than their pasts or the approval of their families.

"There's Someone Inside Your House" presents itself as a teen slasher flick, but in book form. The novel excels most in the suspenseful chapters where the killer stalks and murders their prey, though the less action-packed chapters still do a great job of propelling the story along and entertaining the reader.