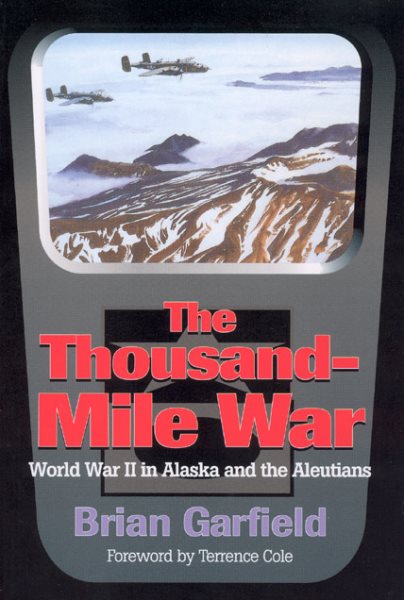 This is not your typical war and battle narrative. Brian Garfield's dry humor and narrative style will keep you engaged to the very end.

This little known theater of war during WWII, Alaska and the Aleutian Islands, was described as "the weirdest war ever waged". Submarines, battleships and bombers all played second fiddle to the ferocious weather; weather so formidable that even trees are unable to grow in the raging winds and sunless days. The climate determined the outcome of all the battles and compelled both sides to blindly search through the fog to find each other. Sometimes entire convoys slipped past the enemy hidden in the dense and ever-present fog. The severely limited visibility resulted in the inadvertent bombing of entire small islands and even whales mistaken for enemy convoys. Troops were neither prepared for the elements in training or gear, with no warm clothing and traditional fighting tactics unusable. Pilots in particular needed to invent new strategies for missions. Colonel William Eareckson was especially creative in his bombing tactics and was often specifically named in curses by Tokyo Rose. The many lives lost here in a war of radio silence caused an unreported pivotal turning point for American troops fighting the Japanese at Midway and other Pacific islands. With Japanese forces and materials divided, America was able to prevail for the first time against the Japanese naval forces.