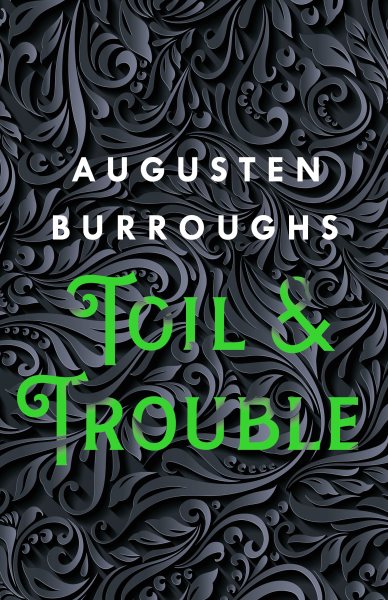 Augusten Burroughs, well-known writer and memoirist of such books as Running with Scissors and Lust & Wonder, has been keeping a secret from almost everyone in his life. But in his latest work, Toil & Trouble, Burroughs finally comes clean and reveals a part of himself that he’s never shared with the world before – the fact that he’s a witch.

Burroughs writes that since he was a boy, he’s been able to anticipate certain events before they happened and, to a certain degree, manifest things into occurring. When he asked his mother about this as a child, she nonchalantly informed him that he was a witch, just like her and many other members of their family. She explained to him the subtlety of his powers and how to use them, as well as what was and wasn’t possible.

Burroughs asserts that if he clears his mind, envisions something happening in the future and concentrates hard enough, it usually ends up happening. While things like spells, wands and candles are not necessary, Burroughs says that they can help improve a witch’s concentration and intention. Because of this, he says, he was able to adequately prepare for the arrival of Hurricane Sandy in 2012 as well as a tornado that devastated the area around his Connecticut home in 2015.

One of the reasons I love Burroughs’ writing is the great stories he weaves together. His writing style is strong and his observations are as witty as ever. Whether or not you believe Burroughs’ claims is irrelevant, because his storytelling sucks you in (and also makes you laugh quite a bit along the way). For those who haven’t read his work before, I’d recommend starting with Running with Scissors, as it’ll give a lot of background information that will enhance the reading of this book.