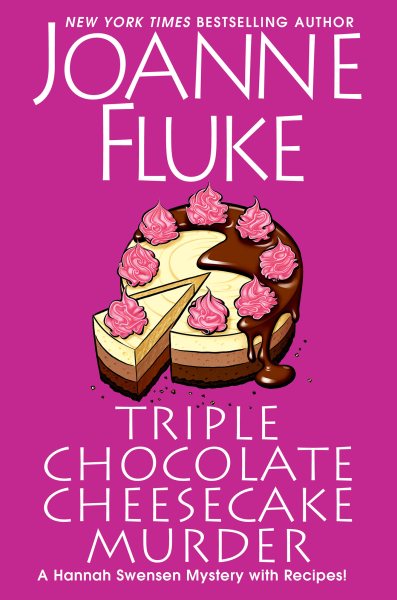 Hannah is thrown into another murder investigation when her sister, Andrea is considered a suspect in the murder of Mayor Bascomb.  Before he had died, the mayor had threatened the job of Andrea’s husband, Sherriff Bill Todd. Unfortunately, Andrea was seen arguing and slapping the mayor, and now is the number one suspect. Now Hannah has stepped in to find the real killer and keep her sister from going to jail. As Hannah investigates, her list of suspects keeps growing. It seems the mayor has upset many people over the years.

This new book in the Hannah Swensen series is a little disappointing.  The conversations are simplistic and repetitive. Too much time is spent describing cooking and baking instead of solving a mystery.  However, if you like very light, non-graphic mysteries with lots of recipes, this is the book for you!