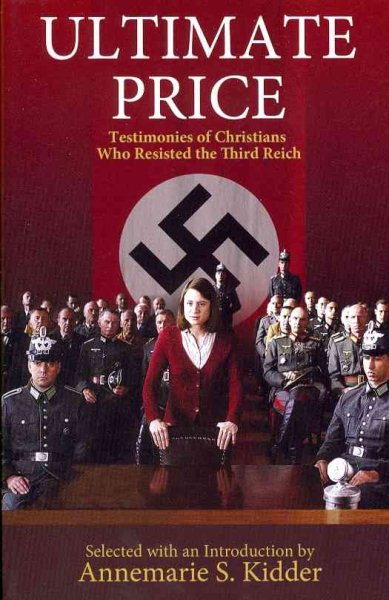 This nonfiction book contains the testimonies of German Christians whose personal beliefs conflicted with Hitler's political ideologies. These were people not involved with the  military; common people, so to speak, also known as the resistance. Various countries had resistance groups attempting to guide citizenry away from Hitler's purification plan. This book focusses on the German resistance and includes personal writings from clergy, scholars and youth such as the White Rose. The writings can be sometimes difficult to interpret as the typical narratives of that time period tend to be wordy and round-about-the-point. They are best read in a slow and thoughtful manner for greatest impact and dissemination. None the less, these martyrs were heroic and their thoughts and actions document the firm belief of Germans willing to give up their life to defend human dignity. Especially notable are the writings of Jochen Klepper, who in his anguish wrote hymns which were adopted by both Catholic and Protestant churches, and Sophie Scholl, a 22 year-old member of the White Rose who was beheaded for distributing anti-Nazi flyers.