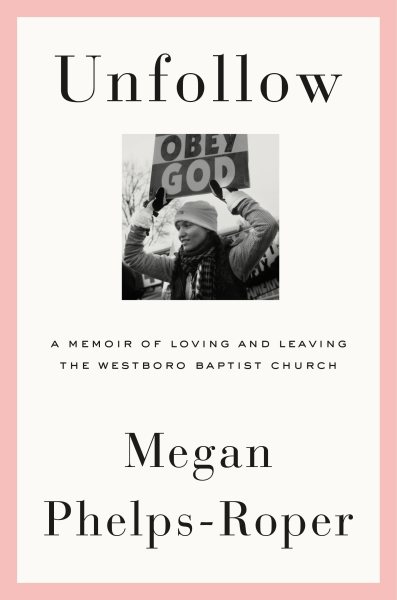 From the time she was five years old, Megan Phelps-Roper would stand alongside her parents, siblings and other members of the Westboro Baptist Church and protest various parks, government buildings and religious institutions around the city of Topeka, Kansas. As she got older, the church grew in notoriety thanks in part to its controversial picket signs, many of which targeted the LGBT community. Eventually, the group expanded its picketing to include everything from movie premieres to the Holocaust Memorial Museum to the funerals of soldiers killed in Iraq and Afghanistan.

Phelps-Roper was raised to believe that the mission of Westboro - made up almost entirely of people in her immediate and extended family - was a loving one. Westboro members, she writes, believe that they are the only ones who love humankind enough to deliver the harsh truth that they are going to hell for their sins. Members who leave or who are expelled from the church are often shunned and not allowed to contact their family again, and a wide variety of offenses – both minor and major – can be grounds for expulsion. As the church grew stricter and began to discipline more and more of its members, Phelps-Roper had a crisis of conscious and started to question everything she was raised to believe, eventually leaving the church in 2012.

Unfollow chronicles Phelps-Roper’s time growing up in the church, how she began to question Westboro’s teachings, and her eventual decision to leave her faith and her family behind. She also writes about assimilating into society post-Westboro, which includes meeting a variety of people of different religions and backgrounds, reconnecting with family members who left the church before her, and figuring out her own personal beliefs without the constant influence of others. This memoir was an intriguing read and gave a rare glimpse into what’s become known as “the most hated family in America.”