The War I Finally Won 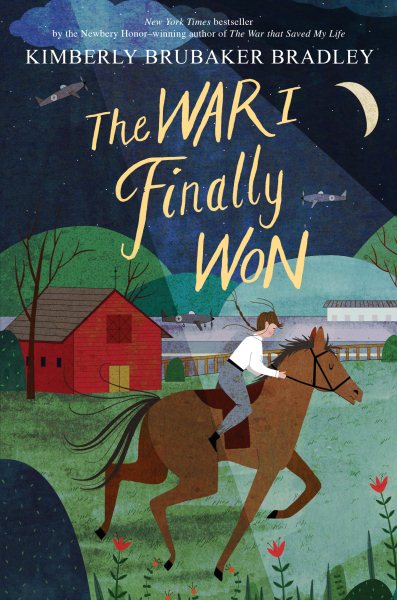 Continuing eleven-year-old Ada's story from “The War That Saved My Life,” this book begins with hospitalization and surgical correction for Ada’s clubfoot, which she has mixed feelings about especially since it is funded by stern Lady Thornton. The external (and Ada's internal) war rages on, changing their lives in many ways, taking the life of their "Mam" who abused Ada and destroying Susan’s home (their home since the war) so that they are forced to move into a cottage owned by Lady Thornton.  A Jewish girl named Ruth from Germany also lives with them to the chagrin of prejudiced Lady Thornton and the joy of Ada who is in need of a friend. This tween coming-of-age historical novel really highlights Ada’s difficult emotional struggles with love, identity, and trust. I thoroughly enjoyed this well-written realistic tween novel every bit as much, if not maybe more than, the first one.