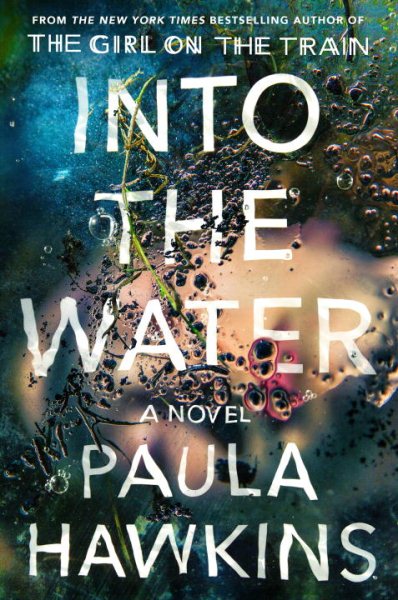 Staff Review: "Into the Water" by Paula Hawkins

From the author of The Girl on the Train comes a new story of secrets, complicated relationships, and a history of mysterious deaths. Women have been drowning in a small British town for centuries. First was Libby Seeton, a woman convicted of witchcraft in the 1700s. Recently, Katie, a fifteen-year-old girl, committed suicide by drowning herself in the same river. Now, Nel Abbott, a single mom who was writing a history of the drownings, has been found dead in the exact same river. There are no signs of a struggle, but Nel wouldn't have killed herself, would she? Nel's sister Jules returns to town to take care of Nel's daughter, Lena. From there, Jules senses Lena knows something she is not telling the police, or Jules. Lena gets the same feeling about Jules; she is keeping a secret about her estranged relationship with Nel and why she rarely returns to her small, hometown. Besides Jules and Lena, others harbor their past and present secrets in the small, river-run town. Told in alternating points of view, the novel has many characters that are hard to keep track of at times. The characters are also very unlikeable, similar to The Girl on the Train, but the plot kept me intrigued. Recommended for any fans of mysteries and thrillers.