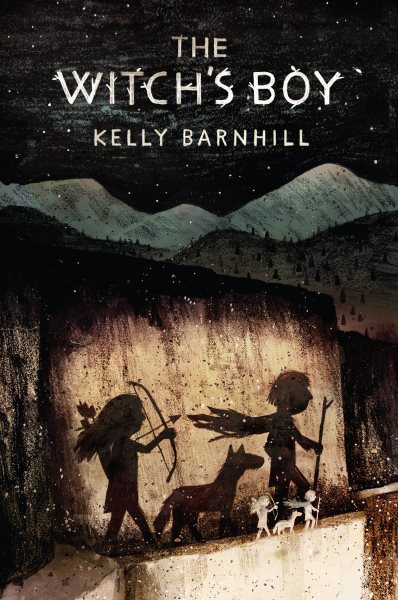 Ned and his parents live in a small village at the edge of a dark and mysterious wood. His mother is a witch and his father is a woodcutter. Ned has never been the same since the day his twin brother died and he lived. He never speaks, and if he does, it is with a terrible stutter. The villagers all make fun of him and think him useless. The only thing the villagers like about Ned’s family is the unruly but useful magic his mother wields.

But one day a gang of bandits come to try and steal the magic, and it is Ned who has to protect it. He quickly binds the magic to himself, and is whisked into the dark woods on an incredible journey that will end up changing his life forever. Here he meets an unlikely wolf friend, a girl named Aine who happens to be the daughter of the Bandit King, and some magical talking stones that have the power to change the world as they know it. Ned and Aine will be forced to join forces, despite their differences, and try and put a stop to a war that is about to wage between two worlds.

This book is a fast-paced fantasy filled with magic, adventure, villains, and more, that will make you want to keep turning the page to see what will happen next. It combines all of the classic fantasy elements, with a few unique twists and turns along the way. It is excellent choice for any tween or teen, and even for adults.